After 26 years, Boston Dynamics is finally getting ready to start selling some robots. Founder Marc Raibert says that the company’s dog-like SpotMini robot is in pre-production and preparing for commercial availability in 2019. The announcement came onstage at TechCrunch’s TC Sessions: Robotics event today at UC Berkeley.

“The SpotMini robot is one that was motivated by thinking about what could go in an office — in a space more accessible for business applications — and then, the home eventually,” Raibert said onstage. 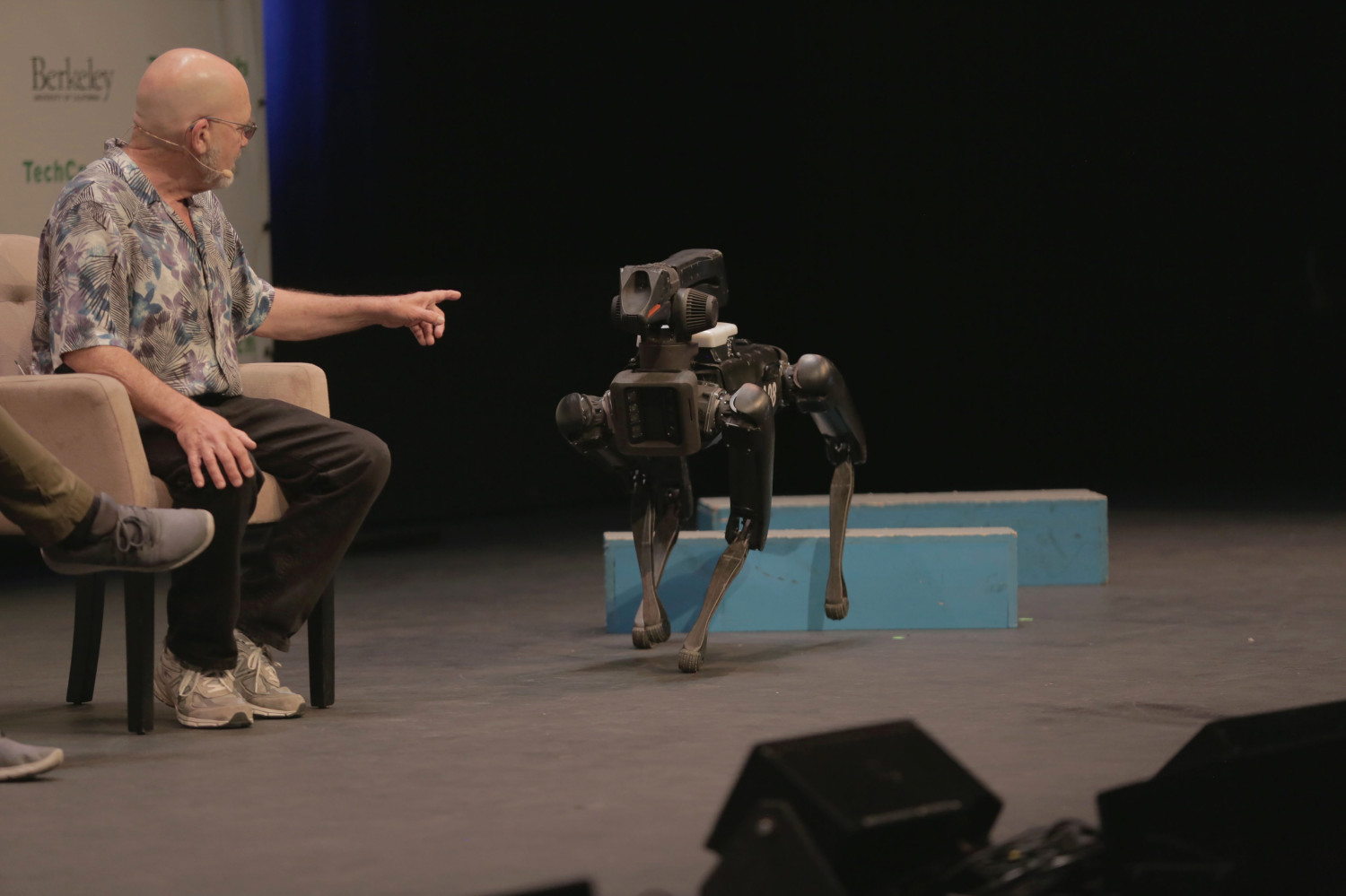 Boston Dynamics’ SpotMini was introduced late last year and took the design of “bigger brother” quadruped Spot. While the Firm has often showcased advanced demos of its emerging projects, SpotMini has seemed uniquely productized from the start.

On its website, Boston Dynamics highlights that SpotMini is the “quietest robot [they] have built.” The device weighs around 66 pounds and can operate for about 90 minutes on a charge.

The Firm says it has plans with contract manufacturers to build the first 100 SpotMinis later this year for commercial purposes, with them starting to scale production with the goal of selling SpotMini in 2019. They’re not ready to talk about a price tag yet, but they detailed that the latest SpotMini prototype cost 10 times less to build than the iteration before it.

Recently, Boston Dynamics posted a video of SpotMini in autonomous mode navigating with the curiosity of a flesh-and-blood animal.

The Firm, perhaps best known for gravely frightening conspiracy theorists and AI doomsdayers with advanced robotics demos, has had quite the interesting history.

It was founded in 1992 after being spun out of MIT. After a stint inside Alphabet Corp., the Firm was purchased by SoftBank last year. SoftBank has staked significant investments in the robotics space through its Vision Fund, and, in 2015, the Firm began selling Pepper, a humanoid robot far less sophisticated than what Boston Dynamics has been working on.

Imaging radar, a leap forward for driving automation – An interview with Uhnder

Cepton, announces new investment intent for up to $100 Million from Koito manufacturing

Kreisel Electric to expand battery production capacities to over 2 GWH