Lithography and Bonding Equipment 2022 - Focus on More Than Moore

More Than Moore photolithography and bonding equipment market will reach $2.8B in 2027 driven by manufacturer capacity increase and hybrid bonding

What’s in the report?

Who should read this report? 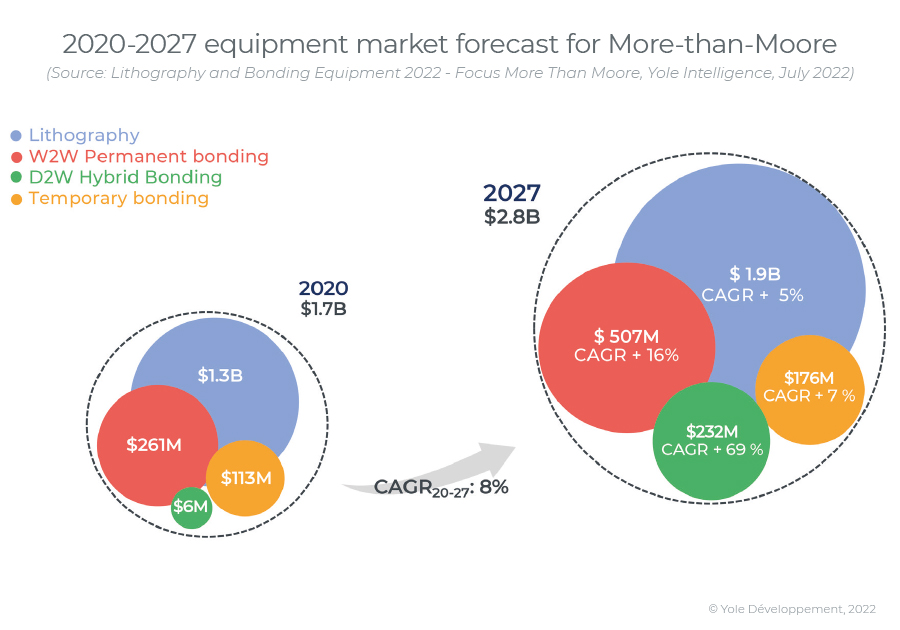 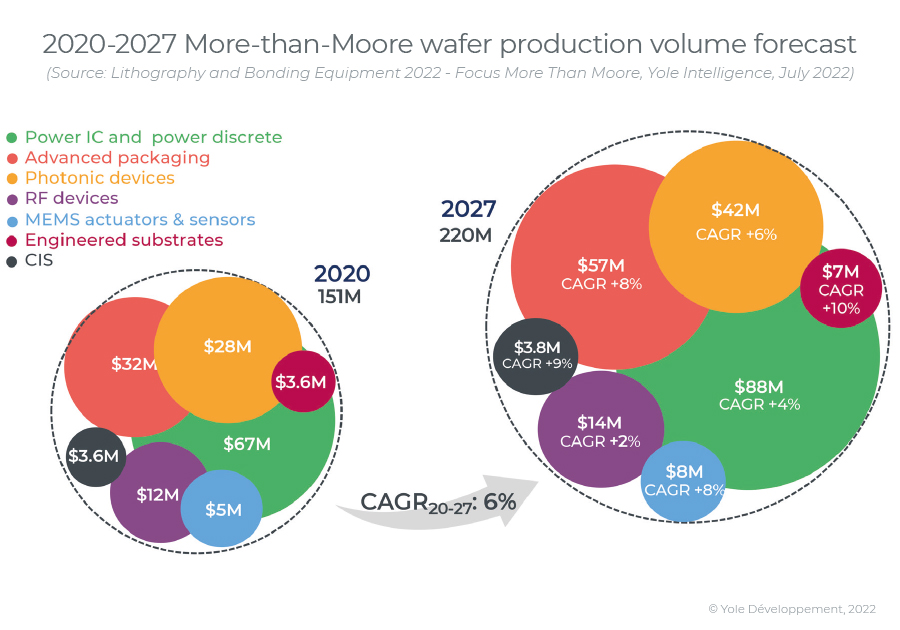 2021 was yet another consecutive record revenue year for lithography and bonding equipment vendors, despite ongoing supply chain issues. Regarding the players considered in Figure 3, similarly as of the 2020 calendar year, Canon is the lithography market leader followed ever more closely by ASML. EVG is the market leader for both W2W permanent and temporary bonding. In the W2W permanent bonding business, EVG is followed by Tokyo Electron Limited (TEL), both serving CIS as well as 3D integration and stacking. In the temporary bonding business, EVG is followed by SUSS MicroTec, which is gaining recognition for memory thinning.  Finally, D2W hybrid bonding requires die attach or flip-chip equipment type from players such as Besi, Shibaura, Smart Equipment Technology and ASM Pacific Technology for instance. Among them, although Besi is a newcomer it is the market leader, followed by Shibaura, whose tools have been used for this application for several years.

Sign in Sign up free
up
We use cookies to ensure that we give you the best experience on our website. If you continue to use this site we will assume that you are happy with it.

Certain features of this site (sharing of content on social networks, direct video playback) are based on services offered by third-party sites. These features place cookies that allow these sites to track your browsing. These cookies are only deposited if you give your consent. You can find out about the nature of the cookies deposited, accept or refuse them either globally for the whole site and the services, or service by service.

Save
I allowI refuseCookies Policy
You can revoke your consent any time using the Revoke consent button.Revoke cookies