With its claimed world’s-first curved MiniLED PC display, does Samsung succeed in reaching a high uniformity level over the entire display?

After several years and many announcements, Mini-LED backlights are coming to the market. According to manufacturers’ claims, they will allow LCD displays to offer a contrast similar to OLEDs, while providing high brightness. All this while offering reduced power consumption, a very thin form factor (thickness), and cost/price competitiveness with OLED.

With its MiniLED Odyssey Neo G9, Samsung announces a brighter image for better contrast – all in 8K.

To evaluate the display quality of the Samsung Monitor MiniLED Odyssey Neo G9, DXOMARK carried out visual performance measurements. This report presents the test results and the performance comparison.

In order to understand the technology of the Samsung Monitor MiniLED Odyssey Neo G9 backlight, PISÉO analyzed the optical architecture of the unit. This report includes a description of the height of the optical films integrated between the MiniLED array and the LCD panel.

Based on their own analyses, DXOMARK and PISÉO carried out a cross-analysis to show the links between the user experience and backlight optical construction. 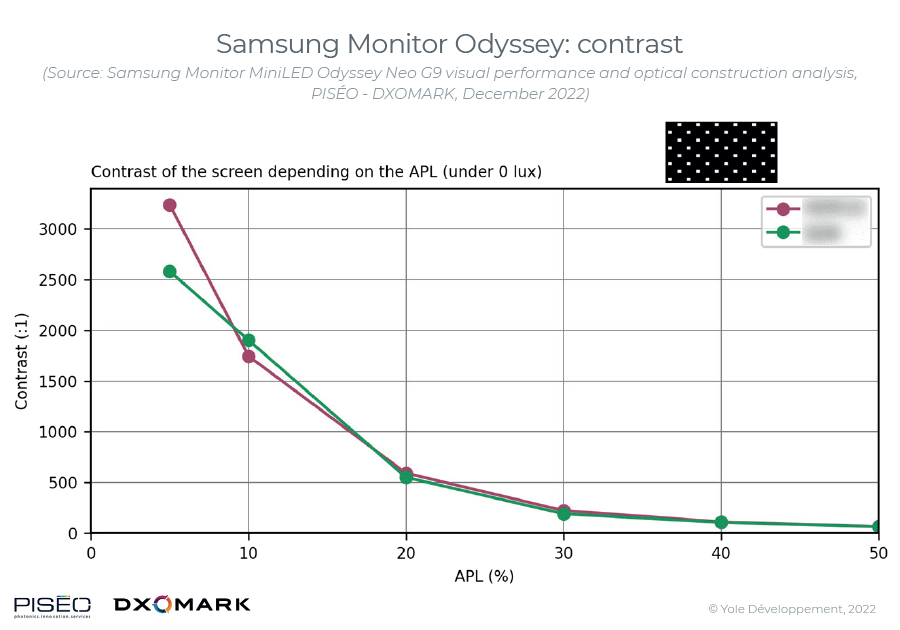 Tests and quality analysis of the performance of the Samsung Monitor MiniLED Odyssey Neo G9, based on DXOMARK protocol and covering:

To understand the technology of the Samsung Monitor MiniLED Odyssey Neo G9 backlight, PISÉO analyzed the optical architecture of the unit by: 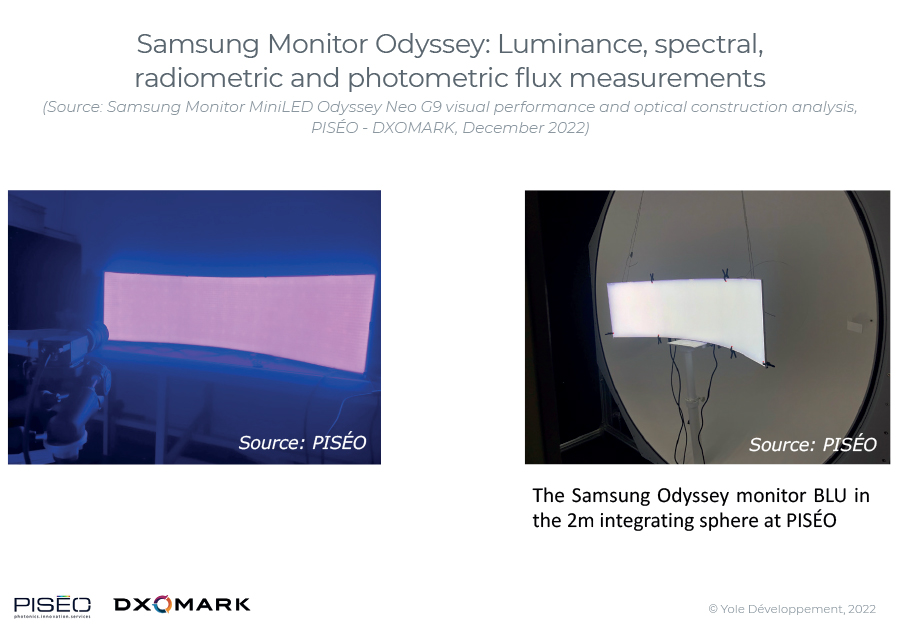 MiniLED displays, and the future microLED displays, are clearly a disruption for the display industry. This is both in terms of performance, as analyzed in this report, and also in terms of supply chain. All the major consumer electronics manufacturers such as Apple, Samsung, TCL and Skyworth, and display device manufacturers, are testing the market with new products and adapting their supply chains. They are also trying to find differentiation in terms of design and choices of the right display architecture, as well as choice of the right components and modules.

This revolution is revealed by the YOLE Group’s different analysis capabilities. Teardown, supply chain, and reverse costing is done by YOLE System Plus. Performance analysis is done by PISÉO (e.g. measurement and analysis of the colorimetric deviation over the full screen, as illustrated in fig. 3). YOLE Intelligence studies company strategies and market evolution. Meanwhile, DXOMARK analyzes the visual performance of the display. Together, we have decided to launch a series of performance analysis reports to cover the most important MiniLED displays available on the market. Besides the Samsung Monitor MiniLED Odyssey Neo G9V, this year we have released studies of the following tablet and TVs:

Based on these reports, next year we will release an overview report with performance comparison and analysis of the four products. 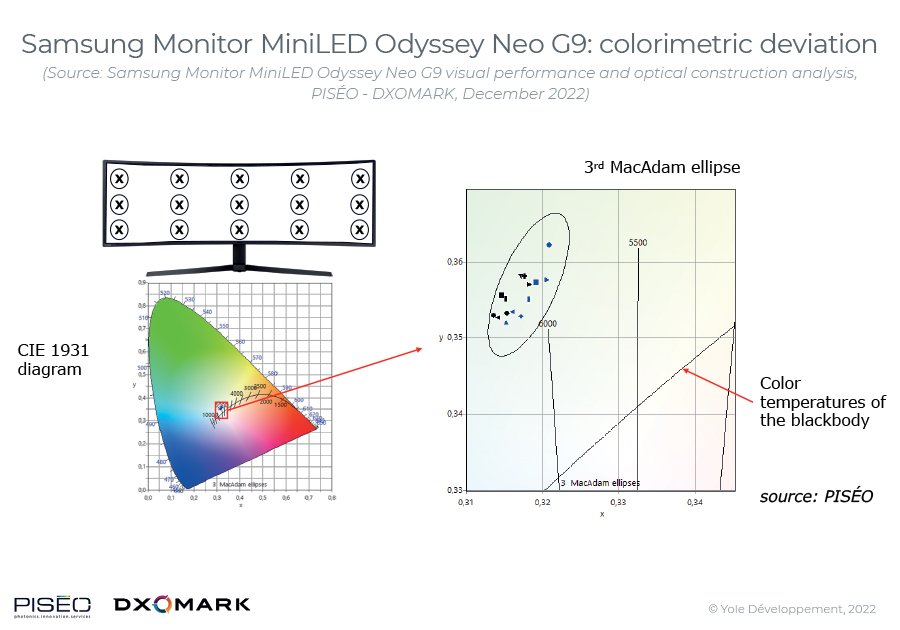 Will MiniLED in display survive microLED (and OLED)?

Authors of this report