Objectives of the report

Thanks to multiple drivers, the market for infra-red thermal imaging cameras and modules is expanding rapidly. It is expected to increase from $6,202M in 2021 to $8,761M in 2026. The estimated Compound Annual Growth Rate from 2021-2026 for thermal camera shipment volumes is 7.2%.

There are many products on the market. Users, integrators, and sensor manufacturers must discriminate between available products based on accurate and independent assessments of their performance and features.

Thanks to its own standard, PISÉO ran deep analyses of sensor performance and the embedded image processing algorithms of each camera.

The present report is a special one, reporting the most important performance test results and analyses done on these four cameras. It is an opportunity to make fair comparisons between product features and performance. 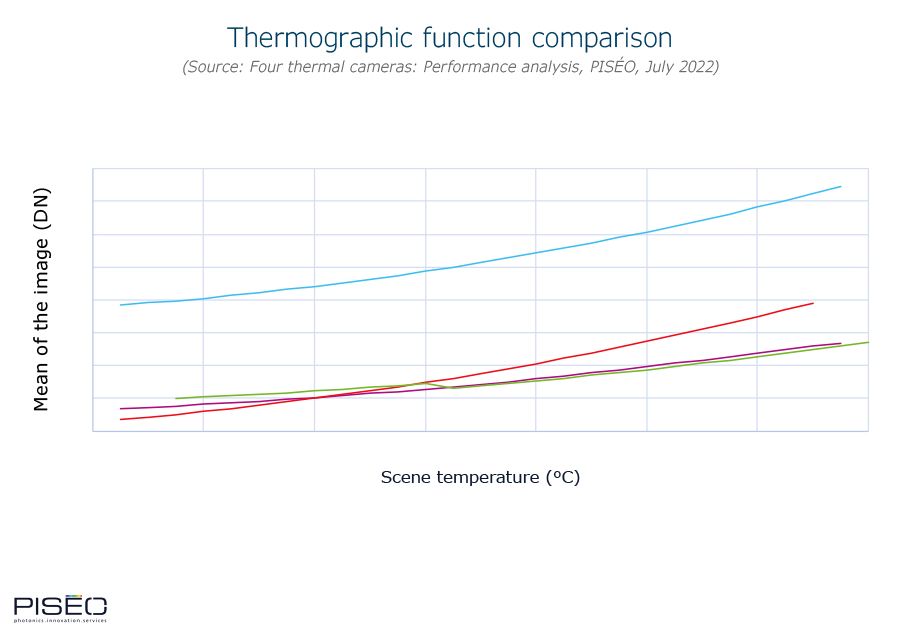 The FLIR Boson camera module is a reference in the infra-red thermal camera market. It is the product with the most accessible functionality, offering the most versatility to be used in a wide range of applications. The resulting image quality is good, the relatively low performance of the sensor being compensated by strong image processing algorithms.

The InfiRay Micro III 384T delivers good quality images. However, the lack of documentation and supports suggests that this module is mainly dedicated to integration by InfiRay in its own products.

The InfiRay T3S camera module also provides good image quality. However, the versatility and integration possibilities are limited. It is intended to be plugged into a smartphone. It is a good value-for-money product.

The strength of the Seek Thermal S309P camera module is its ease of integration. The image quality, while being acceptable, remains the lowest of the four benchmarked cameras according to PISÉO’s common testing protocol used for all four thermal cameras, as explained in the report. It has a low performing sensor equipped with basic image processing algorithms. 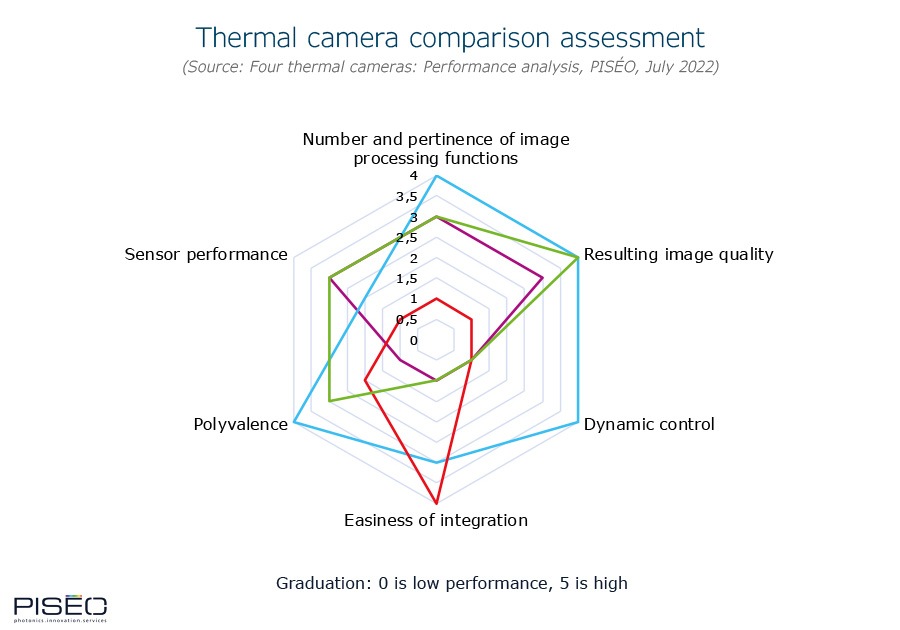 This report aims to provide a comprehensive comparison of independent analyses of the main features, performance, and imaging system architecture of four thermal cameras:

The analysis has been based on physical measurements, calculations, simulations and observations realized in PISÉO’s lab in comparison with data provided in the datasheet. This report incorporates four previous reports dedicated to each tested camera, which contain detailed performance analyses and explanations.